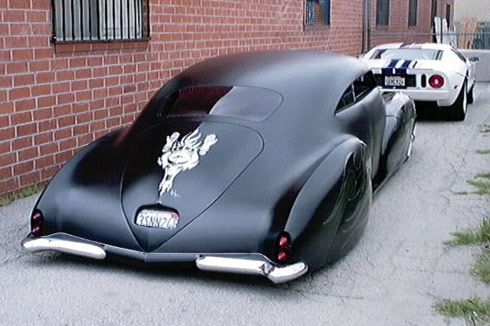 Barry Weiss’s Cowboy Cadillac is a custom 1947 Cadillac originally built by legendary car designer Frank DeRosa. Barry purchased the car after selling his purple Frank DeRosa custom 1951 “King of Mercs.” Frank DeRosa’s daughter shared some of Barry’s history with her dad’s cars in the Jalopy Journal forum where some were questioning Barry’s choice of tribal flames for the paint job:

Is This The Most Beautiful French Car Ever Made?

40 Luxury And Stunning Car For Women You Dream To Have | Women Fashion Lifestyle Blog Shinecoco.com